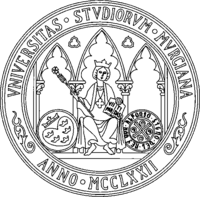 The University of Murcia (UM) was chartered in 1272 by Alfonso X the Wise, King of Castile. This makes UM the third oldest university in Spain—after the those of Salamanca (1218) and Valladolid (1241)—and the thirteenth oldest university in Europe. Today its 21 schools offer 55 undergraduate programs, 71 M.A./M.Sc. and 35 PhD degrees.

Researchers in the DTI may team up in groups such as Translation, Teaching & Cognition, and some of the members of this group work with psychologists in a research project on Translation & Emotions. Ana Rojo, the principal investigator in this project, is a member of the MC2 Lab and she co-directs this second edition of our International Summer School—together with Ricardo Muñoz, from the University of Bologna.

The Summer School, however, will be held at the Mediterranean shore, in the premises of the Polytechnic University of Cartagena. 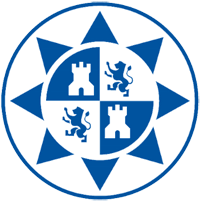 The Polytechnic University of Cartagena (UPTC) is the youngest technical university in Spain. The origins of several schools, however, such as those of mining, engineering and business, can be traced back to the late 19th and early 20th-centuries. In 1975, all higher schools in Cartagena merged into a polytechnic school, as a campus of the University of Murcia. In 1998, the UPTC was chartered as the second public higher education institution in the Murcia region. Soon the UPTC joined the European network of technical universities, EUT+.

Most of UPCT facilities are restored historical buildings that spread through downtown Cartagena, such as the Navy Hospital (Hospital de Marina), the Garrison of Antigones (Cuartel de Antigones), and the Seamanship Training Quarters (Cuartel de Instrucción de Marinería). The UPTC’s President office was formerly the House of Mercy (Casa de Misericordia), a public orphanage.

The UPTC hosts our CTIS Summer School thanks to the joint support of the International Doctoral Schools of both the UPTC and the UM.